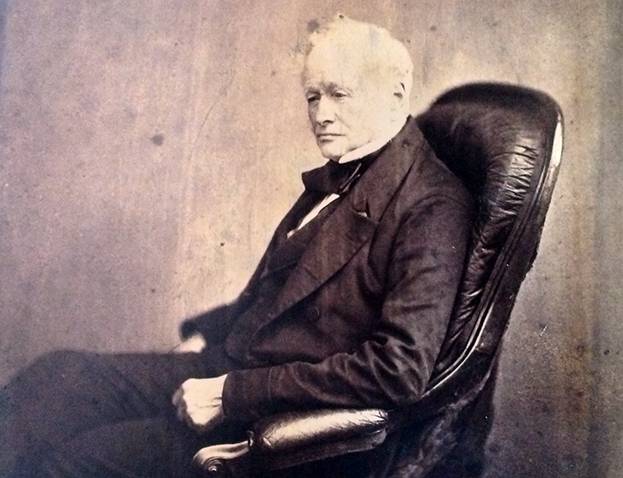 Harvey's Brewery is the oldest independent brewery in Sussex. A family business, the brewery has been in the guardianship of seven generations of John Harvey's descendants since 1790, with five family members from the seventh and eighth generations currently working here.

Still a privately-owned limited company, Harvey's has no shares marketed for external investment.

Our brewing heritage began in the time of George III, William Blake and Jane Austen, and in Lewes, a rebellious little town nestled in the Sussex Downs.

The name of Harvey has long been associated with the supply of beers, wines and spirits in Sussex. The family originated from London, but records of the 1790's recall the delivery of Old Red Port, Sherry and Claret in Lewes and its surrounding villages.

John Harvey started brewing as a seasonal sideline activity in Bear Yard, opposite the current brewery, by about 1820. Brewing would have been a natural extension of his business. There were five other breweries operating in Lewes at the time.

Harvey married Eliza Button and had several children including three sons. With his sons, John Harvey acquired the current Bridge Wharf Site in 1838 for the price of £3,100. It consisted of a coal wharf, timber yard and private dwellings. He added coal merchant to his business activities and built an eight-quarter brewhouse on the site.

Over the years our hometown of Lewes has become well known for not conforming to expectations. There was the Battle of Lewes, in 1264, a win for rebellious Barons namely Simon de Montford over Henry III. Revolutionary writer Thomas Paine, contemporary of Benjamin Franklin, was part of the Headstrong Club of Lewes. There are the occasionally controversial annual Bonfire Celebrations every November 5th. Lewes also has its own currency, the Lewes Pound.

Beer accounted for nearly a quarter of a family’s budget and at the time as it was safer to drink beer than water which was full of harmful bacteria (specifically cholera), which was boiled out of beer. Wines and spirits catered to the more affluent elements of society. Beer was drunk by all – and, presumably, the sheer volume drunk made it a viable and vibrant business. 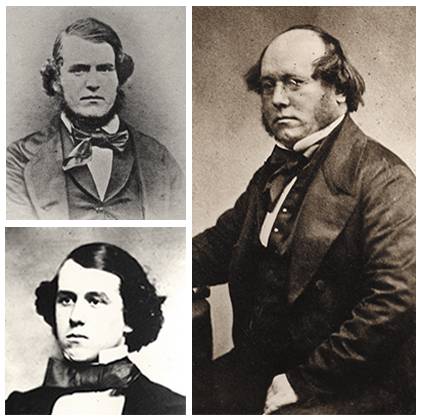 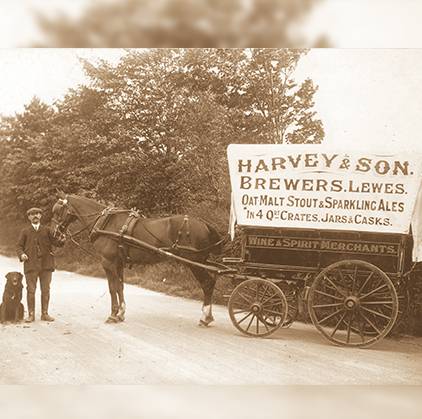 John Harvey's sons, Henry, Edwin and William developed "Harvey & Son" at the Bridge Wharf Site (acquired in 1838). By 1859, Henry Harvey was brewing Porters, Stouts and strong Mild Ales for distribution among 17 family owned public houses mostly located in the Eastbourne and Hailsham areas of Sussex. These were prosperous days for enterprising brewers.

Tragedy Strikes the Harveys in the 1860s

Shortly after John Harvey's death in 1862, Henry and Edwin died within days of each other, leaving William alone to run the business. He was not a brewer, so he hired Henry Titlow-Barrett from Wethereds Brewery in Marlow to take over the company's beer production and also went into business with John Maxfield-Smith, the husband of his daughter (Alice Harvey). William too died unexpectedly in 1868.

The transition to the third and fourth generations of the family (the Harveys-Smiths) proved to be far from ideal for the company's prosperity. The next 60 years witnessed a gradual decline into an effective recession at Harvey's. However, prior to this slump, the present Gothic Victorian brewery was built under the supervision of Titlow-Barrett, having been designed by famed brewery architect, William Bradford.

Harvey's business setbacks were in high contrast to many other contemporary brewing companies. A few of these were to experience phenomenal growth and become national brewing giants, companies such as Watneys, Charrington and Whitbread.

At the turn of the 20th century, Harvey's was so insignificant that it fell 'below the gaze' of the large companies that would have swallowed a more dynamic business.

We believe it may have been Harvey's very lack of expansion at this time that led to the company's long-term survival.

The brewery was rebuilt in 1881 by Messrs Card & Son of Lewes from the designs of eminent brewery architect William Bradford of Carlton Chambers, Regent Street, London. During construction work, they unearthed the weather vane that sits on the top of the brewery tower. Dated 1621, it is believed to have originally graced St Thomas a Becket’s Church in Cliffe High Street. In 1985, the smaller tower was added to the original in order to increase our production capacity. Built in the exact style of the existing building, it was the recipient of a Civic trust Award and our listed status followed shortly afterwards.

In many ways, Harvey’s is a ‘heritage site’. Behind its brick façade you will find a production area that has been maintained over the centuries to reflect a time honoured brewing process.

In an age where many companies are relocating to alternative sites and constructing breweries that are more automated and cost effective, we feel that the heritage of Harvey’s is well worth protecting and maintaining. We are very proud to remain brewing in the heart of Lewes.

By the 1920s, the Company was heavily mortgaged and its few pubs were in a poor state of repair. At the time of its incorporation in 1928; Alice, Elsie and Nora, three of John Maxfield-Smith's daughters, were running Harvey's Brewery. Alice May Harvey-Smith was the firm's first Chairperson in 1929. It was she and her sisters who decided to make two crucial appointments that ultimately lead to Harvey's survival and long-term prosperity.

One other sister, Beatrice Harvey-Smith, had married a doctor and talented musician from Kent, Frank Carlyon-Rundle. Their only son Eric had recently returned from India and joined the company. Then, in the late 1930s, his Aunt May (Alice) decided to interview some technical brewers and a newly qualified young brewer called Anthony A. Jenner was hired.

Alice (May), Elsie and Nora were three of seven of John and Alice Maxfield-Smiths children. They are affectionately known to the family as the maiden Aunts, as none of the three were ever married, which being post first world war was not uncommon at the time. They were heavily involved with All Saints Church in Lewes, and often held tea parties for the wives and sweethearts of brewery workers in the front brewery yard.

It was these two men who were to strike up a lasting business relationship which over the course of the next 40 years gradually took the firm out of debt, repaired the pubs, brewed award-winning beers and developed a respected reputation throughout the local community.

Prior to his death in 1980, Eric Rundle had made arrangements to divide the brewery among his three daughters. Anthony Jenner purchased a shareholding stake in the company, the only non- Harvey family member ever enabled to do so, in recognition of his contribution to the recovery of Harvey’s fortunes. Anthony Jenner became the firm's Chairman and partnered the Managing Directorship with Eric Rundle's son in law, W.K. Saunders.

We are privileged to be able to say our beers have won more than 100 awards in just under 70 years. Our first award was a silver bestowed by Brewex for our Old Ale. It was brewed in the aftermath of rationing, sugar was very scarce and Head Brewer, Anthony Jenner, had brewed it using a date syrup. More recent awards include 'UK Brewer of the Year 2017 and 2018', 'Best Green Business' and ‘Best Brand Evolution’.

We've experienced three major catastrophes in the form of one fire and two floods. During each we have endeavoured to get back to our usual business of brewing as quickly as possible, #wewuntbedruv.

Cliffe High Street was under water for nearly a week. The brewery carried on as well as it could but there was significant disruption to production and distribution at the time.

Causing £2,000,000 worth of damage, offices were temporarily moved to what is now the John Harvey Tavern. The brewery was restored in 1998 but, many important and historical files were lost to the fire. We brewed Bonfire Boy, originally known as 'Firecracker', in tribute to the fire brigade who fought the blaze.

The flood of 2000 caused another £2,000,000 worth of damage to the brewery. We were told that the brewery wouldn't be up and running again for nine months due to the damage, but we were brewing in nine days later with thanks and assistance to the brewing community. The abandoned beer was put into bottle as 'Ouse Booze' and sold to raise money for the Lewes Flood Appeal.

Miles Jenner, chief brewer and joint managing director of Harveys, said: "We initially jokingly referred to this brew as Ouse Booze, intending to give it a more sophisticated name.

"However, so many people kept asking us when the Ouse Booze would be available we decided to stick with that name." (THE ARGUS, https://www.theargus.co.uk/news/6787373.Brewer_banks_on_Ouse_Booze/, 6/12/2000)

In the 1980s Eric Rundle's daughters Audrey, Eileen and Joan took seats on the Harvey's Brewery Board and Anthony Jenner's son Miles joined the brewing room, after learning his craft at Greene King. A year later Hamish Elder (son of Audrey and a seventh-generation descendant of John Harvey) joined the firm from Independent Distillers and Vintners and his cousin Adele Smith (daughter of Joan) also spent some years with the company in the Pub Estate.

Audrey Elder became Harvey's second female Chairman in 2002 succeeding Anthony Jenner. Adele Smith and Julia Prescott (sister of Hamish, daughter of Audrey) came to sit on the company's Board of Directors in the 2000s. 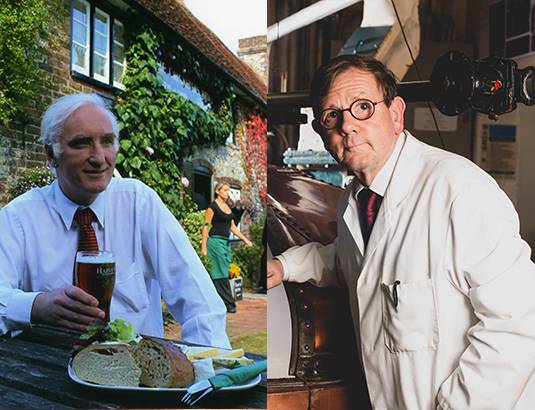 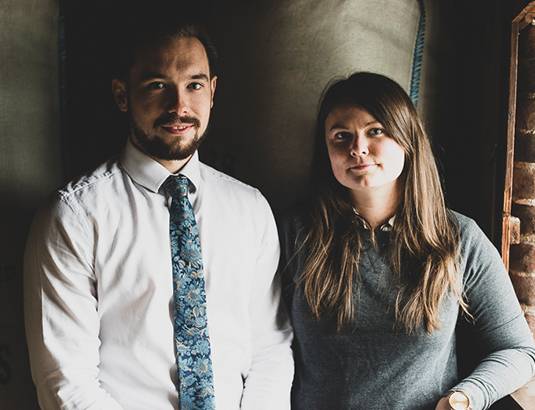 There are 11 eighth generation descendants, two of whom currently work at the Brewery; Zoë Prescott our Brewery Marketing Executive, and Peter Nicholas our Area Sales Manager for West Sussex and Kent.

We are delighted to have four ninth generation descendants (aged five and under), which we hope provides plenty of scope for the continuation of Harvey's as an independent family business for generations to come.

As we say in Sussex: We wunt be druv.

A Sussex dialect phrase meaning "we will not be driven", "We wunt be druv" is the unofficial county motto of Sussex and has been used for generations.

The saying reflects the independence, spirit and pride that has always been at the heart of our great county.

To start, our Brewing team will decide on a recipe; whether it be Sussex Best Bitter, a seasonal like Star of Eastbourne or an historical brew discovered in our Brewer's Journal that we are…

From solar panels to locally-sourced produce, we aim to do our bit to create a sustainable environment.

Explore our fantastic range of award winning beers, spirits, gifts and vouchers in our online shop, and get them delivered straight to your door.