At first appearance you might think that two fermenting vessels of Wharf IPA is not remarkable.

In fact, they are a parti-gyle  - two different versions of one brew, derived from one mash by carefully apportioning the worts.

First we have 50 barrels of Wharf IPA destined for keg at 4.8% abv (first image), and second we have 26 barrels of Wharf IPA that will be racked as a cask conditioned beer at 4.2% abv (second image). The latter is an experiment in response to trade requests for a lower strength version of this light coloured, heavily hopped modern IPA.

The ‘Sussex Hop’ is a relatively new variety that was discovered in Udimore some years ago, ‘Cascade’ is a variety usually associated with the United States but they grow just as well in the UK.

“Why shop abroad for hop character when you have the finest hop growers in the world on your doorstep?” says our Head Brewer, Miles Jenner.

Zesty and fragrant, this golden beer contains the very essence of our local hop gardens. 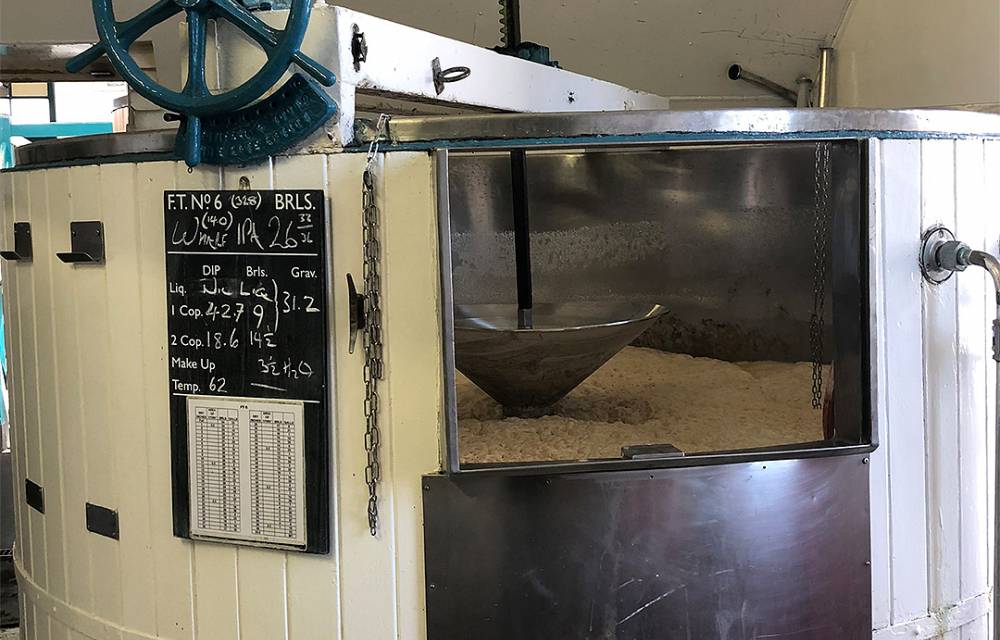