The 'Spirit of Sussex' is the latest addition to Harvey's own brand range of spirits, sitting alongside Harvey's Malt Gin and Hop Gin.

Produced from Maris Otter barley that is grown for us by the Tupper family on their farm at Upwaltham in West Sussex, it is floor malted at Warminster in Britain’s oldest working maltings. Built in 1855, before the repeal of the Malt Tax, Warminster Maltings is a listed building and uses traditional methods to produce a hand crafted malt.

The malted barley is transported to Lewes and mashed with fresh spring water from the South Downs at Harvey’s idyllic Victorian brewhouse.

The resultant sugars, or ‘worts’, are sent to the English Spirit Distillery at Great Yeldham, where they are fermented and distilled to produce a 63% spirit. Some of this is stored in wooden casks to begin a three year ageing process that will transform it into ‘Sussex Single Malt Whisky’.

However, a portion has been bottled now as a 42%vol Clear Malt Spirit and labelled ‘Spirit of Sussex’, because some things are too good to wait for. This unaged spirit can be enjoyed on its own chilled, with ice, and it also works well with Ginger Ale.

Sometimes known as White Dog or White Whiskey, unaged spirits are popularly known as Korn spirits in Germany where they are produced from rye or wheat together with a small percentage of malted barley. They are known as Kornbrand (“Grain Brandy”) or Kornbrandtwein (“Grain Spirit”) and are usually consumed neat in shot glasses or with a soft drink mixer. Korn differs from Vodka as it retains more of the grain flavour in the finished product. 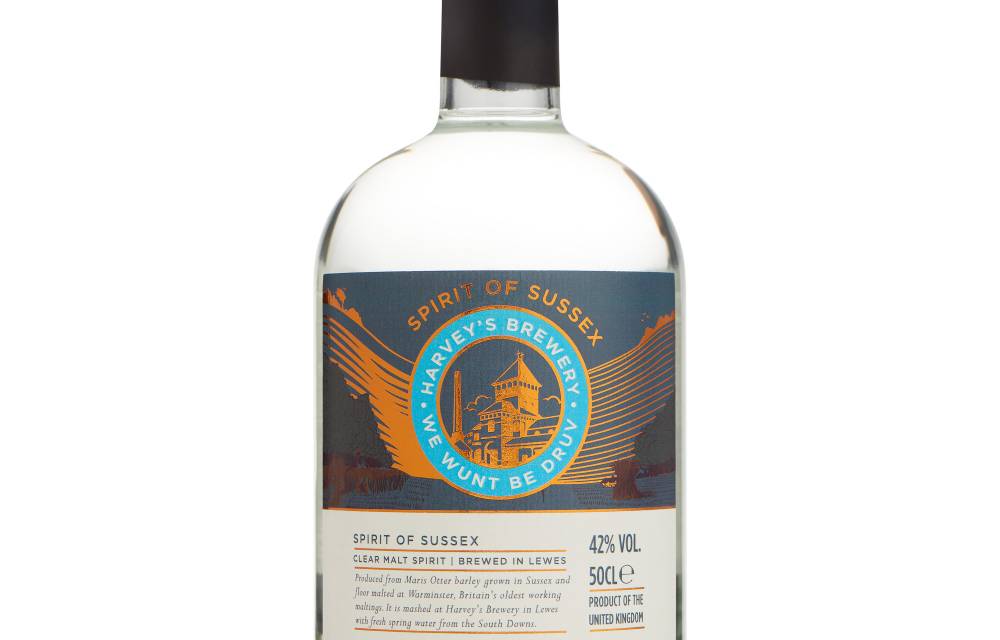