Harvey's were thrilled to be presented with two awards from South East Sussex CAMRA last weekend.

Our November seasonal beer, Bonfire Boy, won South East Sussex CAMRA's Beer of the Year Competition 2019. Bonfire Boy is a dark amber ale and a staple for local Bonfire festivities. We now brew this for the bonfire boys and belles of Lewes for the November 5th celebrations each year. It has been an extremely successful month for this brew, as it was also named 'Beer of the Year' by beer club and subscription service, Beer Bods, two weeks prior.

Star of Eastbourne, our October seasonal, was also named Beer of the Festival at Eastbourne Beer Festival. This classic East India Pale Ale has now received four award-winning titles for 2019. Other awards include Gold at the World Beer Awards, Silver at the International Beer Challenge and a Diploma at the British Bottler's Institute.

Well done to our team!

Both are available in bottle all year round from our Lewes Brewery Shop or online. 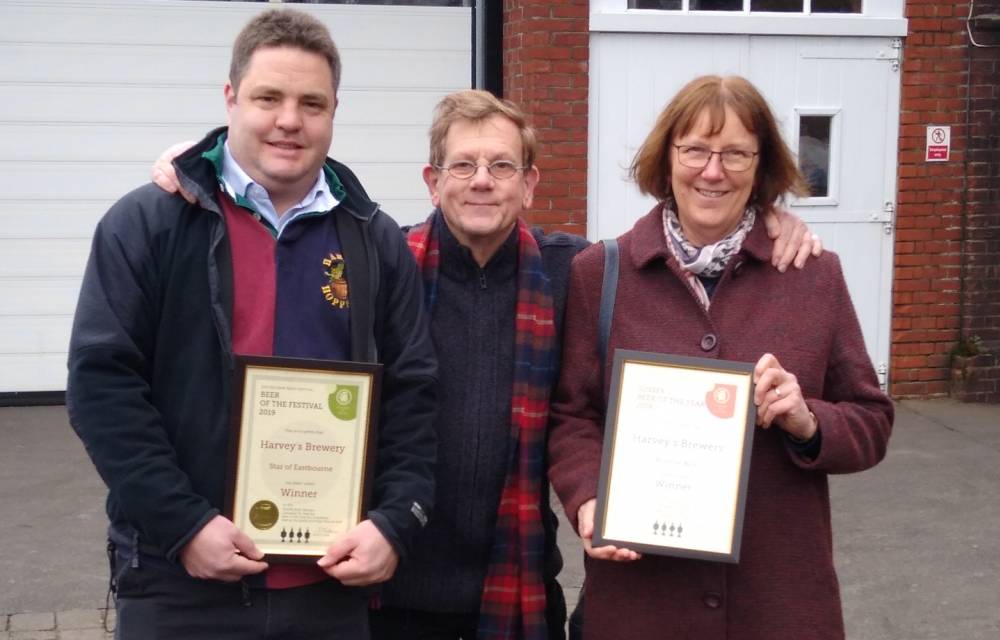 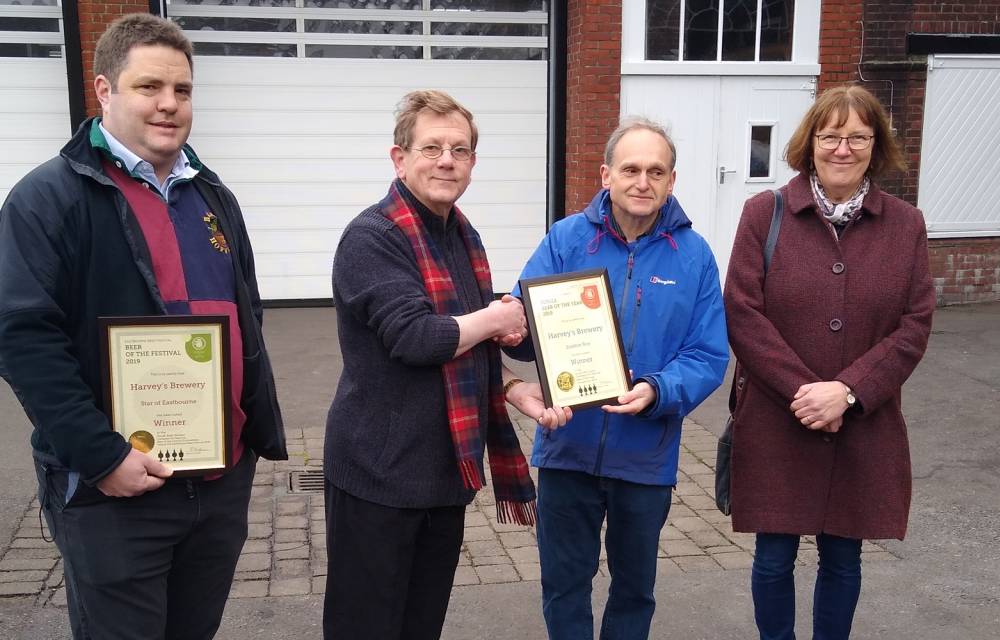 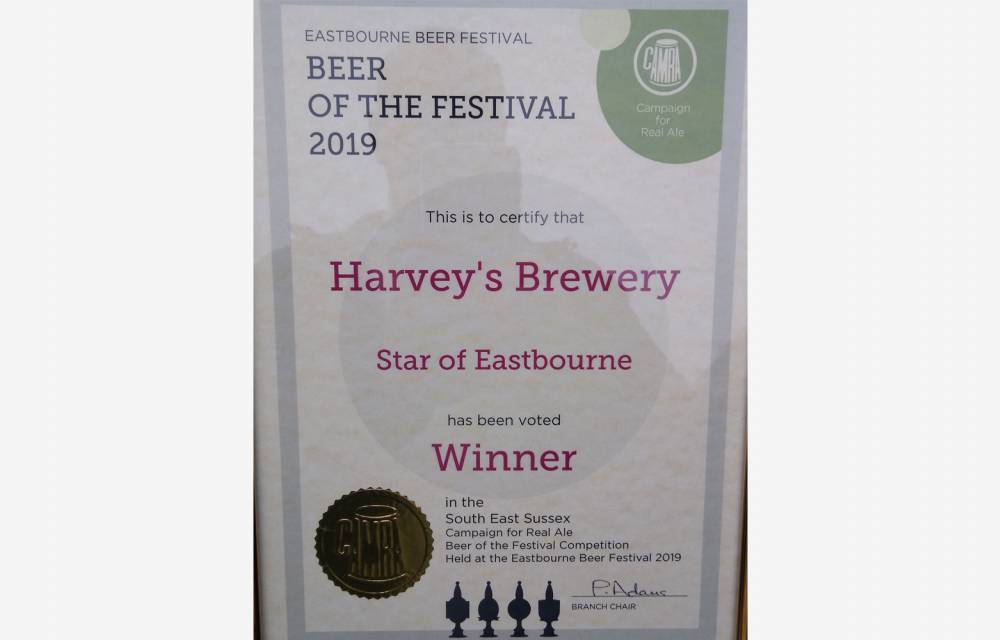 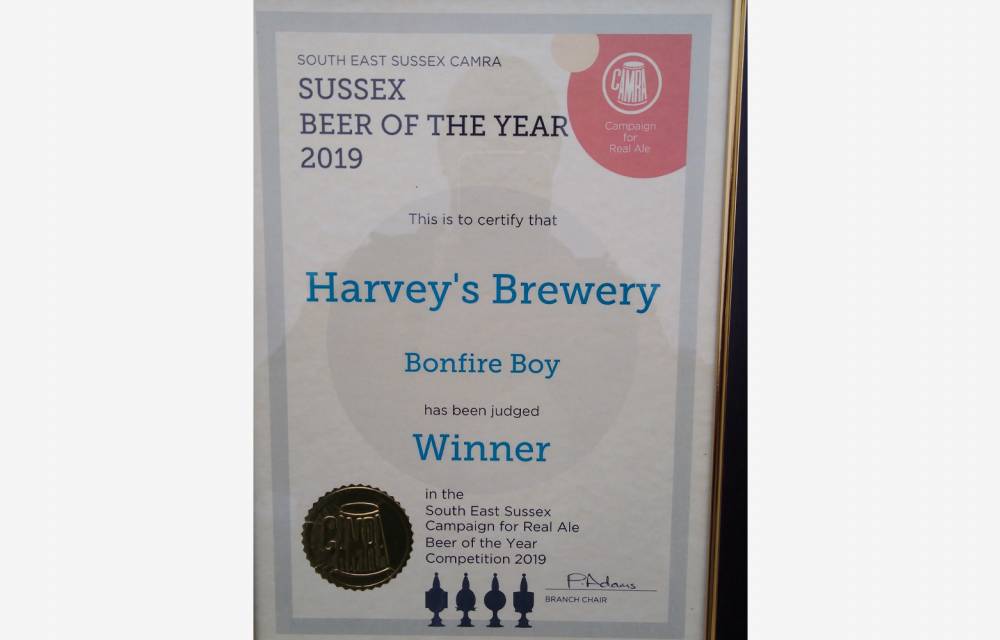