Harvey’s have nearly completed their new bar design at Brighton and Hove Albion Football Club (BHAFC). Featuring the brewery's latest 'We Wunt Be Druv' motif, the Beer Wall which was initially installed in 2017 in Dick’s Bar, has been updated to reflect the refurbished bar aesthetic.

Dick’s bar is positioned above the club shop at the American Express Community Stadium’s North Stand and is open to the public on non-match days, and to ticket holders before and after Albion fixtures at the Amex Stadium. Aside from Dick’s Bar you can also find Harvey’s beers pouring throughout the stadium at the Harvey’s Lounge and concourse bar.

Harvey’s have been proud partners of the football club since 2014 and we are very much looking forward to another BHAFC season!

We would like to take this opportunity to wish BHAFC good luck for their first home game which kicks off this weekend against West Ham.

Below you can find some progress pictures of the new Harvey's Bar. 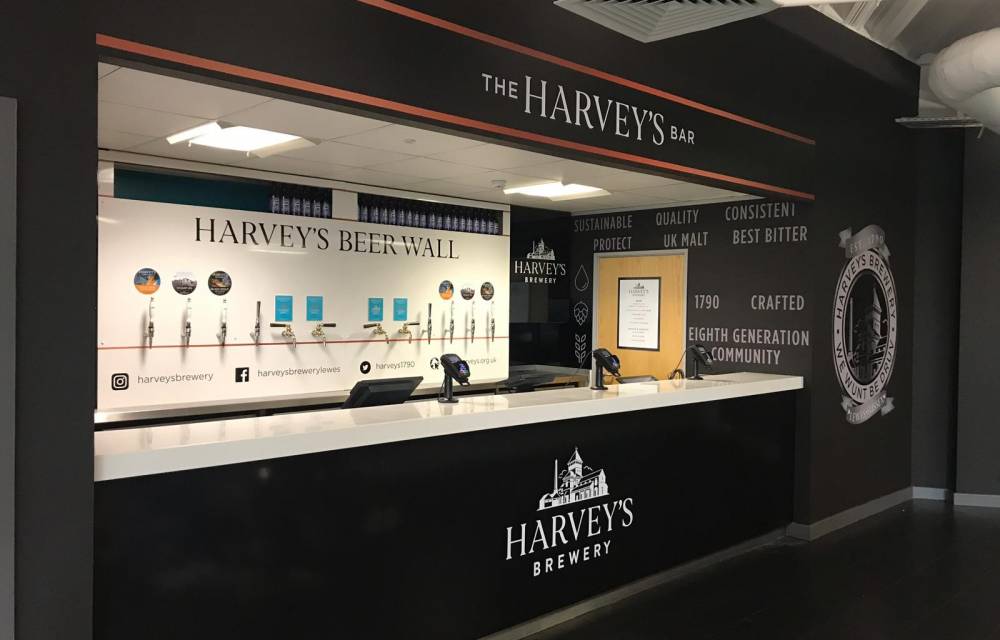