As we head into our 230th year we would like to wish all of our patrons a very joyful New Year, and new decade! Thank you for your support. Here are some of our 2019 news highlights:

In February we launched our new look website. Working alongside O&G Marketing Agency, we aimed to create an improved user-friendly experience, and to share a clear insight into our company values with our customers.

Harvey’s gained two awards at the International Spirits Challenge 2019.  Malt Gin was awarded a Silver Medal and Hop Gin a Bronze Medal in their respective classes. Both gins are produced from English malted barley. It is mashed at the brewery in Lewes, using exactly the same system that initiates production of our award- winning beers. The resultant sugars are then transported to the English Spirit Distillery in Great Yeldham to be fermented and distilled.

Masterchef winner and Restaurateur, Kenny Tutt joined us to brew two beers for his new Worthing restaurant, Pitch. As we were creating a light and a dark beer this meant both of the mash tuns were in full use for the two different products for the day, producing 74,880 pints of beer!

We were presented with a total of 32 awards at this year's World Beer Awards, International Beer Challenge and British Bottler's Institute.

Harvey’s completed their new bar design at Brighton and Hove Albion Football Club (BHAFC). Featuring the brewery's latest 'We Wunt Be Druv' motif, the Beer Wall which was initially installed in 2017 in Dick’s Bar, was updated to reflect the refurbished bar aesthetic. Harvey’s have been proud partners of the football club since 2014.

Our winning collaboration with WPA Pinfold for the Harvey's Rebrand was awarded a coveted DBA Design Effectiveness Award.

Our beers were pouring at the GBBF from our Hop Bar whilst our Head Brewer, Miles Jenner, was in the Discovery Zone to compare both cask and keg formats of our Wharf IPA.

Harvey’s Brewery held its annual ‘Pub Awards’ in September, which were open to all Managers and Tenants in the Harvey's Estate. These awards are designed to commend the hard work and efforts of the Publicans in various areas of running their pub. You can view all of the winners HERE.

We celebrated Old Ale season with our annual 'Dancing  in the Old' event in October. After blessing at Thomas à Becket Church, we were joined by Local Morris Dancers in our Brewery Yard.

To mark the return of the Great British Bake Off on BBC One, we started our very own Great British Beer Bake Off posting a new beery bake every Tuesday! Some of our favourites include Star of Eastbourne Treacle Tart, Old Ale Pie and Beer & Bacon Cupcakes!

Thank you for your continued support over the last year, we can't wait to see what next year brings! 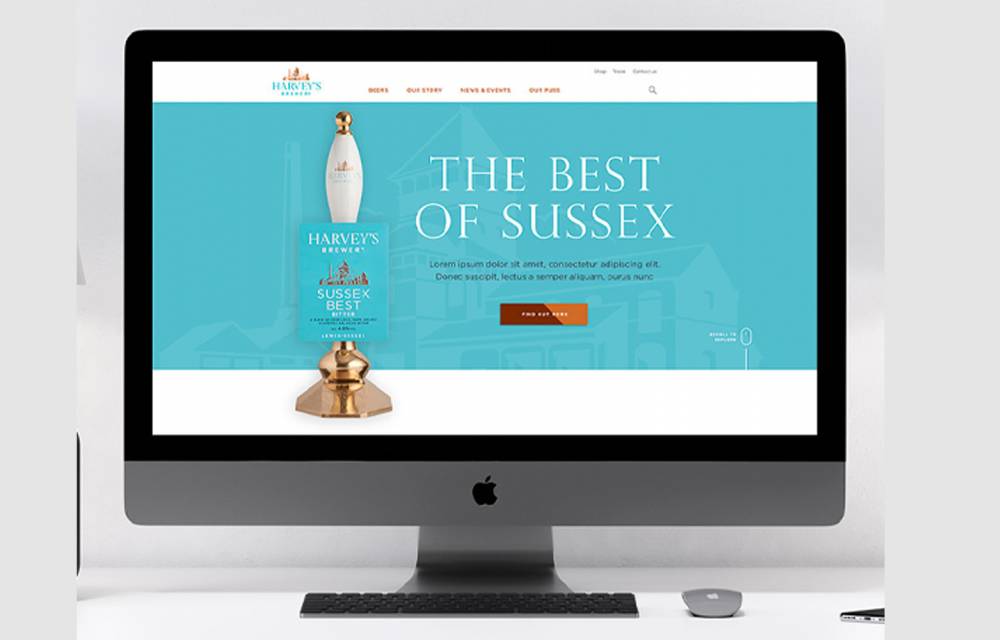 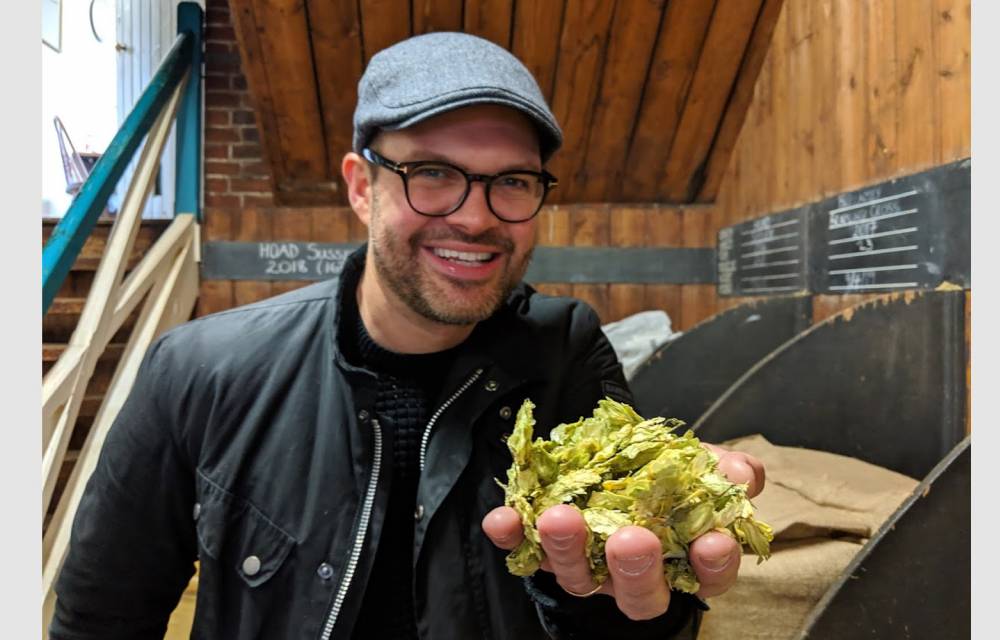 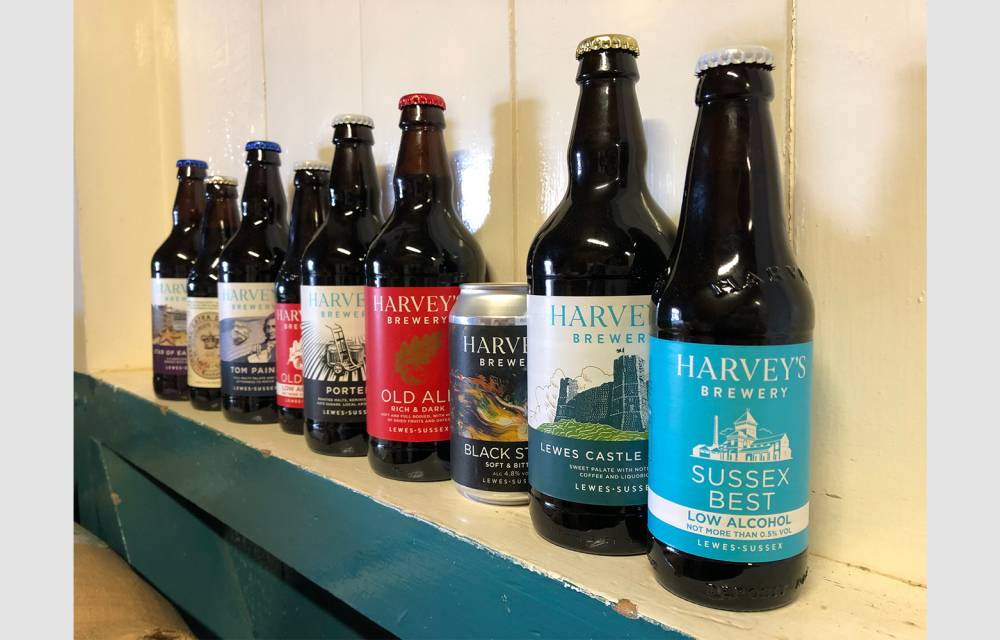 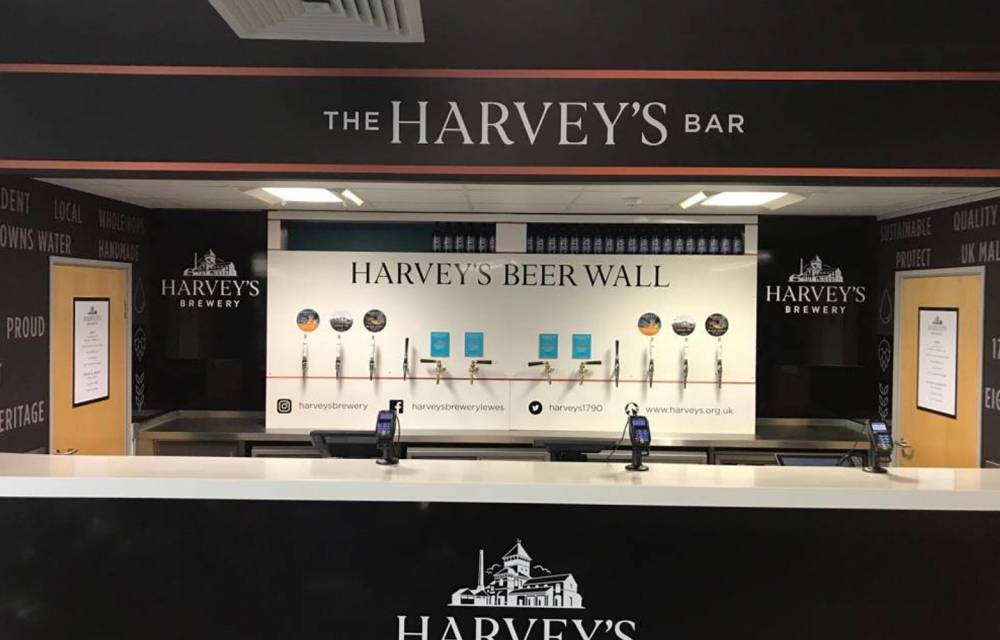 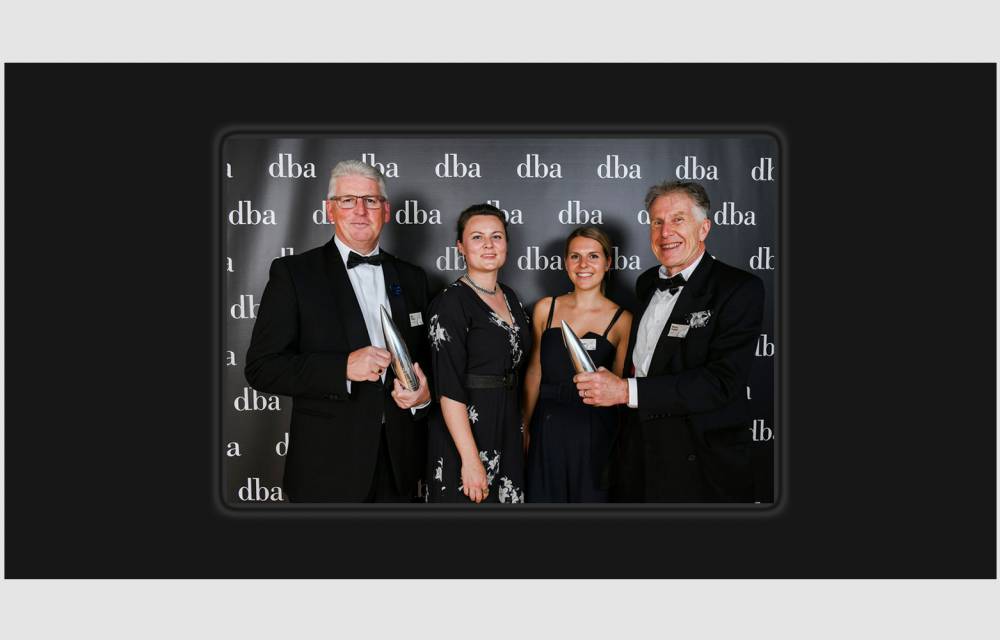 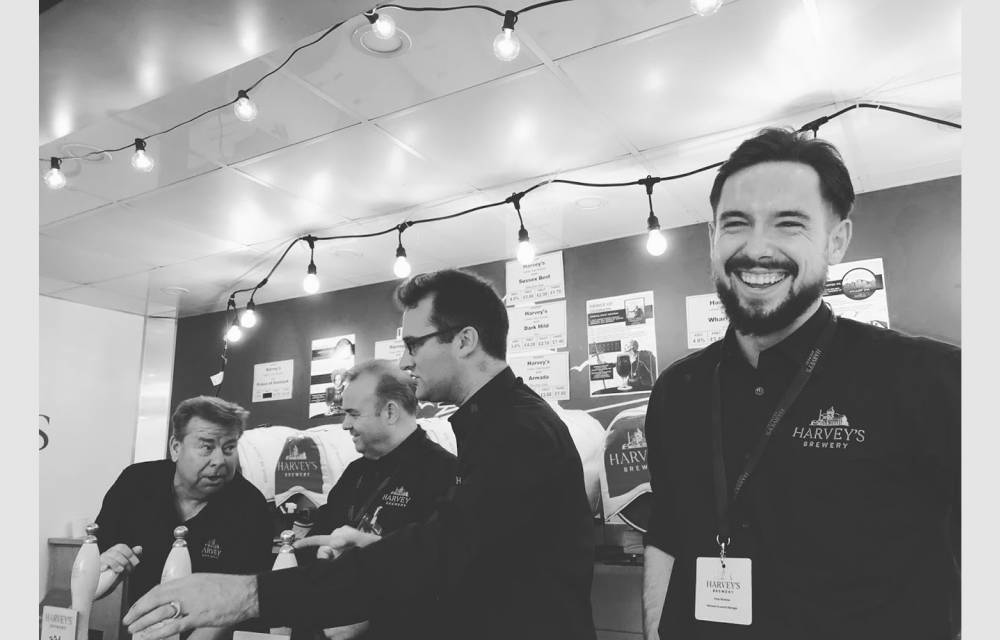 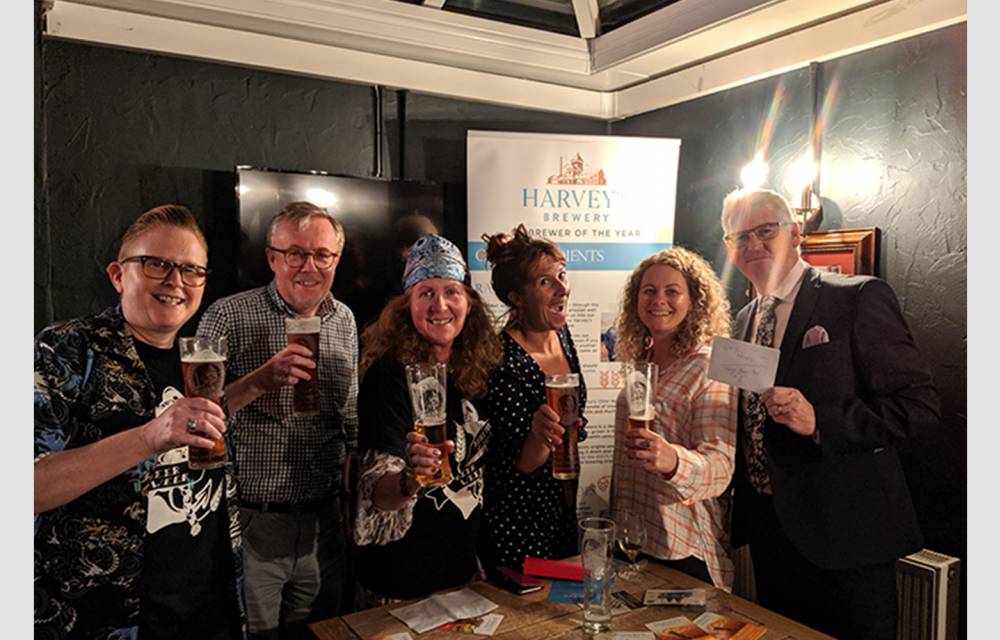 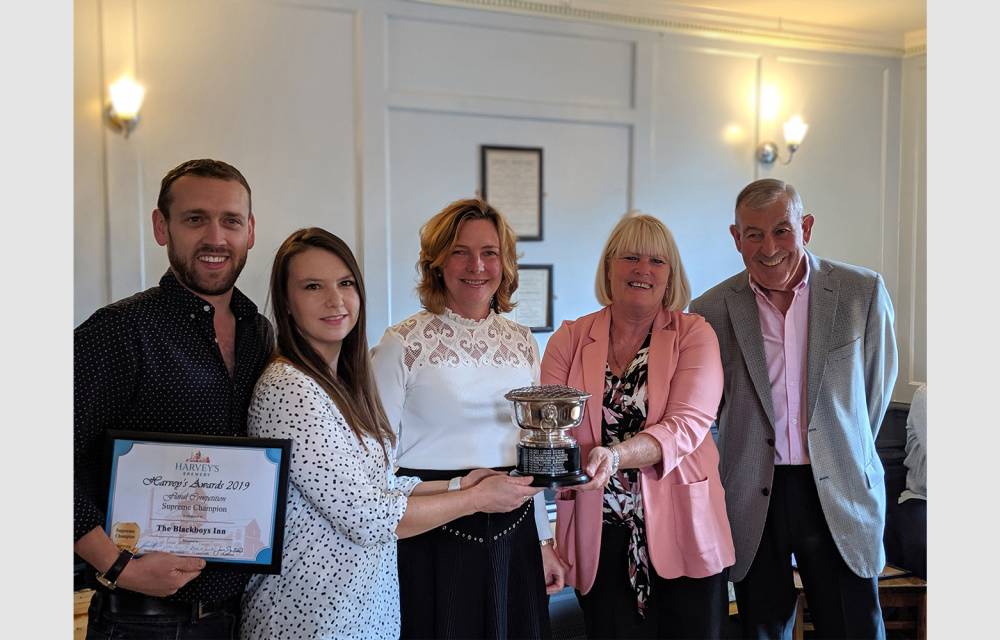 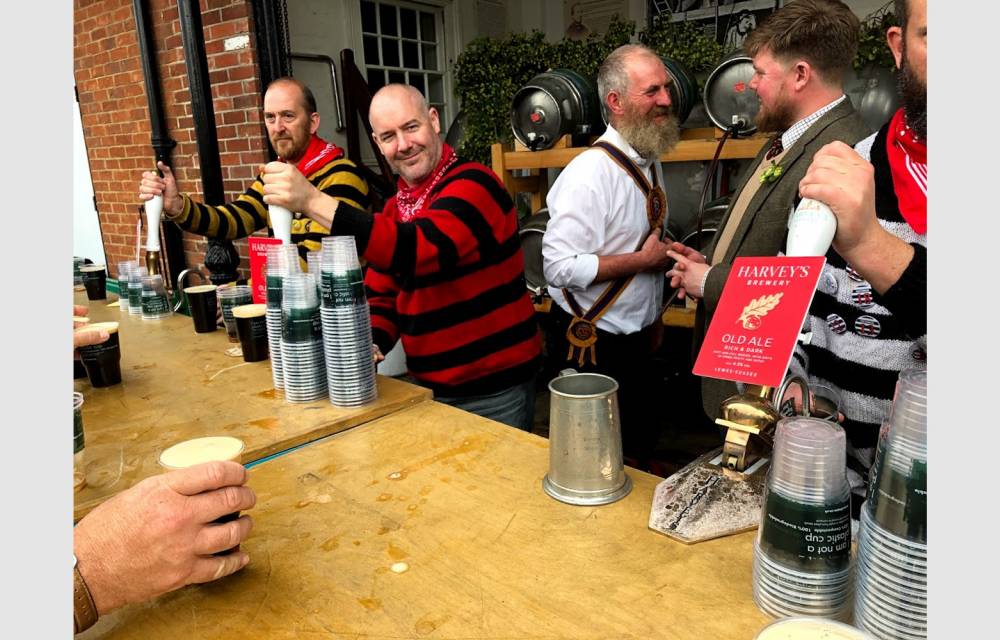 As a result of the ongoing Coronavirus (Covid 19) pandemic we are operating with a scaled back team at Harvey's.
Our team is slowly being brought back to work, with their safety our highest priority.
We continue to brew as we have done throughout the pandemic; reproducing and preserving our unique yeast strain, at our safest maximum capacity to get our beer ready to sustain the resumption of trading.

Trade Orders
Please place orders over the phone via 01273 840509. Payment processes have changed, please bear with us whilst we run these through with you.
Harvey's pubs should continue to use the SwiftCloud ordering system available to them.

Shop Online
Head to our online shop to order a range of our beers and merchandise.
Select Click and Collect, Local, or UK mainland delivery.
If you have any questions about orders please email shop@harveys.org.uk.

Pop-Up Shop
The Brewery Shop is closed until further notice.
In lieu of this, we have opened a pop-up shop at our Harvey's Brewery Depot site:

Find out more >
This site accepts card payments only.

Pubs
To find out when your local Harvey's pub is opening please contact them directly.
Their details can be found here: https://www.harveys.org.uk/pub-finder

Please keep safe, and continue to do your part by following Government guidelines.

Our sincerest thanks to all of you once again for your support.